Accommodation on Double occupancy at mentioned hotel or similar categories.

Room with Inclusive of Breakfast only.

Meals as mentioned in the Table

Dwarka : An ancient city, housing one of the principal pilgrimages - ‘Dwarkadhish temple’ of Hindus. According to the legend, Lord Krishna moved to this coastal town to set up a capital. Marine excavations of the Dwarka coast have revealed important evidences of ancient city, which probably include the ‘Dwarawati’ of the ‘Krishna Lila’. Today, it is not only a major pilgrimage site but a pleasant spot for a beach holiday. Another popular place in Dwarka, part of the Dwarkadhish Temple is SabhaMandap. It is a 60- pillared hall, which houses almost 2500 years old scriptures. The hall has ‘jharokhas’, offering a nice view of the nearby flowing Gomti River. Attend evening Aarti at Dwarkadhish temple. Overnight stay at Dwarka.

Today we visit Bet Dwarka & Nageshwar temple. Bet Dwarka : Bet is situated at 30kms from Dwarka and is surrounded by sea from all sides. One can reach Bet from Dwarka through Okha by road. On reaching Okha port jetty, one can reach Bet through a little sea journey in a launch or in a small boat. Nageshwar Temple or Nagnath Temple is located on the route between Gomati Dwarka and the Bait Dwarka Island on the coast of Saurashtra in Gujarat. The Jyotirlinga enshrined in the Temple of Nagnath is known as Nageshwar Mahadev and attracts thousands of pilgrims all round the year. This powerful Jyotirlinga symbolizes protection from all poisons. It is said that those who pray to the Nageshwar Linga become free of poison. The Rudra Samhita sloka refers to Nageshwar with the phrase 'Daarukaavane Naagesham' The Rukmini temple, dating from 12 to 13 Century, was built in honor of Rani Rukmani, princess of Vidharba, which was to be married to Sishupala, but fled with Lord Krishna. This small temple, 1.5 km north of the city, is an architectural masterpiece. The temple walls are decorated with beautiful paintings and sculptures.

Early morning we proceed for the Somnath Temple (250 kms – 05hours drive) for followers of both Shiva and Vishnu. The most important temple and main highlight in Somnath is the Kailash temple with its imposing architecture, a 50-meter high tower, intricate carvings and a number of holy idols and images. Today we also visit the Bhalka teerth in Veraval. Bhalka Tirth : Bhalka Tirtha (Bhalka Pilgrimage) located in the Prabhas Kshetra near Veraval in Saurashtra on the western coast of Gujarat, India, is the place where Lord Krishna was hit by an arrow shot by a hunter named Jara, after which he is said to have left the earth for the heavenly abode. After performing the evening Aarti at Somnath temple and after witnessing the Sound & Light Show we will then visit the beach of Somnath which is very beautiful & a captivating sight to behold. The fresh blue waters, humming waves and the cool sands give you a feeling of having landed in a paradise. The beach has pleasant sands, great sea views, camel and pony rides, coconut stalls and snack places. Overnight stay at Somnath.

Today we drive to Ahmedabad. Arrive Ahmedabad, check inn at hotel & later we visit Gandhi Ashram. Gandhi Ashram : On a quiet peaceful stretch of the Sabarmati river, Mahatma Gandhi set up a simple retreat in 1915. This was his Satyagrah Ashram and for many years it was the nerve centre of India’s freedom movement. It was from here, in 1930, that Mahatma began his famous Dandi March to the sea to protest against the Salt Tax imposed by the British. Hridaya Kunj, the simple cottage where he lived, is now a national monument and preserved as it was during the Mahatma’s life-time. Overnight stay at Ahmedabad.

Today we drive to visit Dakor, Shamlaji & later proceed to Udaipur for overnight stay. Dakor : Dakor is famous for Ranchorji temple of Lord Krishna. Ranchor is the name given to Lord Krishna when he fled from the battlefield in Mathura while fighting against Jarasandha. The form of Lord Ranchhodrai is that of the Lord Vishnu with four arms. As is usual with Lord Vishnu, he bears the conch, lotus, discus and the mace in his hands. The lower right arm is held up in the abhaya mudra - giving protection to all those who come to Him. Shamlaji : Shamlaji, also spelled Shamalaji, is a major Hindu pilgrimage centre in Aravalli district of Gujarat state of India. The Shamlaji temple is dedicated to Vishnu or Krishna. Several ruins of temples, scattered idols and old brick-works surrounding the place establishes antiquity of the place. The present temple dedicated to Shamlaji, a form of Vishnu or a name of Krishna, is built probably in 11th century in Solanki style and renovated at least 500 years ago. The temple was claimed by Jains in the past. Years ago the Idar State rulers gave the fiefdom of Shamlaji temple to the Modhari Rao Saheb with other villages like Revdar, Devdar, Napada, Khalsa, Sunsar, Modhari, etc. The Rao of Modhari still holds trusteeship of Shamlaji Temple. Overnight stay at Udaipur.

Today we drive to visit Shrinathji & Kankroli. Nathdwara : Nathdwara is located in the Aravalli hills on the banks of the Banas river , 48 kilometers north- east of Udaipur This town is famous for its temple of Krishna which houses the idol of Shrinathji, a 14th century, The idol was originally worshipped at Mathura and was shifted in the 1672 from Govardhan Hills, near Mathura along holy river Yamuna after being retained at Agra for almost six months, in order to protect it .Literally, Nathdwara means 'Gateway to Shrinathji'. As per the religious myths, the shrine at Nathdwara was built in the 17th century at the spot as exactly ordained by Shrinathji himself. The idol of the Lord Krishna was being transferred to a safer place from Vrindaban to protect it from the anti-Hindu, When the idol reached the spot at village Sihad or Sinhad, the wheels of bullock cart in which the idol was being transported sank axle- deep in mud and could not be moved any farther. The accompanying priests realised that the particular place was the Lord's chosen spot and accordingly, a temple was built there under the rule and protection of the then Maharana Raj Singh of Mewar. Shrinathji Temple is also known as 'Haveli of Shrinathji'.Nathdwara town is also famous as the Apollo of Mewar. In the town of Nathdwara, Shrinathji temple is the centre of attraction, but the town is also famous for its 'pichhwai' paintings, (Large paintings on cloth depicting legends from the life of Lord Krishna ) handmade terracottas, ivory articles and milk-made sweets. During the times of Holi, Diwali and Janmashtmi, people throng in large numbers and the place gets overcrowded. Apart from festivals like Holi and Janmashtmi, Annakutta (Linked to Krishna lifting Govardhana Hill) is a major festival that is celebrated in the temple with full gusto and fervor. Kankroli : An important Vaishnava temple popularly called Dwarkadish. After visiting Nathdawara drive to Kankroli which is 12 KMs, Directly located at a distance of 65 kms from the city of Udaipur. Kankroli is mainly known for its temple, which is sited on the banks of renowned Rajsamand Lake. Kankroli Temple is popularly called as temple of Dwarikadhish. Dwarikadhish is one of the names of Lord Krishna. This Temple is the most significant temple of the Vaishnavas and Vallabhacharya sect. The chief deity of Kankroli temple is believed to have imported from Mathura, the hometown of Lord Krishna. The idol of Lord Dwarikadhish was brought in 1671 A.D., during the rule of Maharana Raj Singh. The idol was placed in the present temple, which was constructed at the time of the inaugural ceremony of the Rajsamand Lake in 1676 A.D. ShriBal Krishna ji, the grand son of Vallabhacharya, took the initiative to care for the deity. Dwarikadhish Temple has a very quiet and soothing ambience. It really carries away all the tensions at once and bestows a heavenly bliss. In the complex of the Temple, there is a small garden where you can sit and enjoy the beauty of nature. Overnight stay at Udaipur.

Today after breakfast proceed for Half day sightseeing of Udaipur later proceed towards Udaipur /Ahmedabad Airport to catch the flight. After breakfast proceed for half day city tour of Udaipur – visiting the City Palace and Museum. The largest palace complex in India, it is a blend of Mughal and Rajput influences. Also see the 17th century Jagdish temple, drive around the FatehsagarLake, and visit the Sahelion ki Bari (the Garden for the Maids of Honour), an ornamental pleasure garden with fountains and marble kiosks. 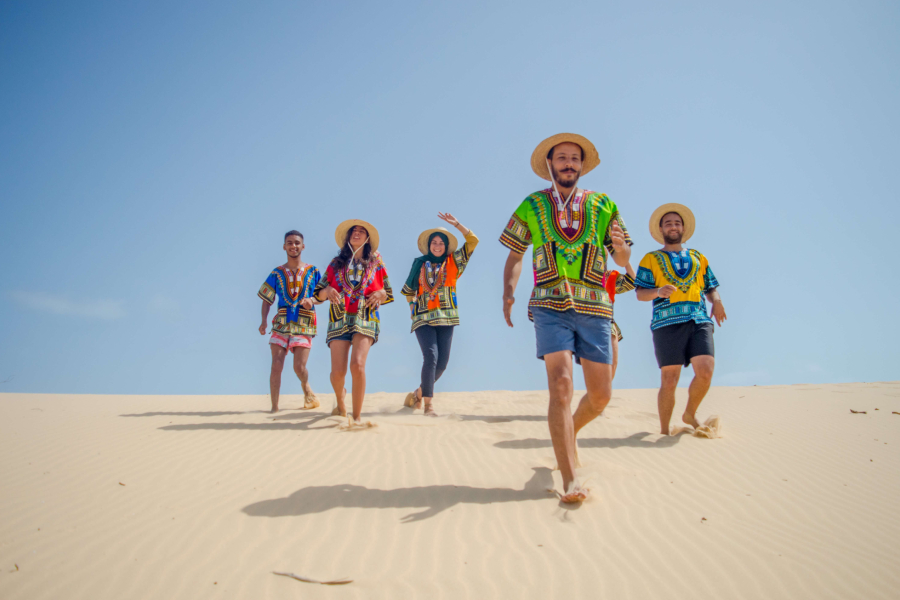 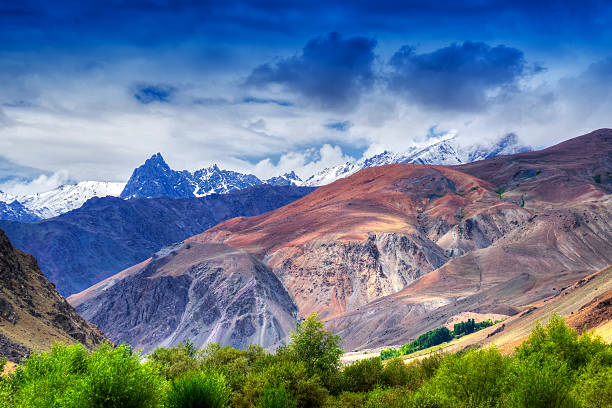 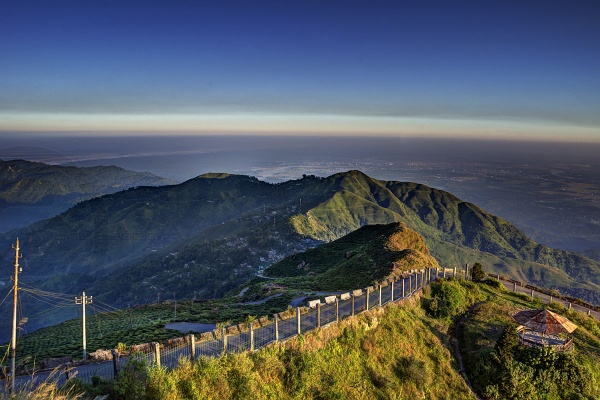 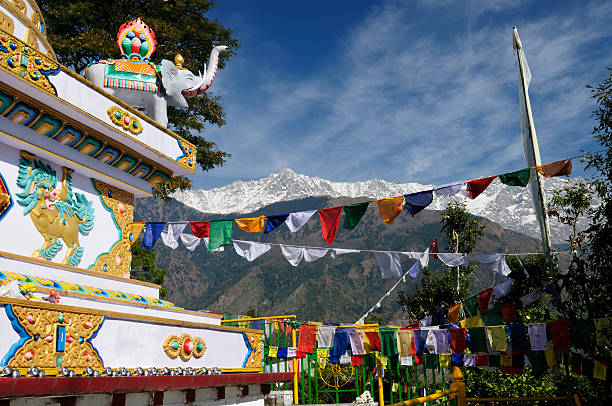